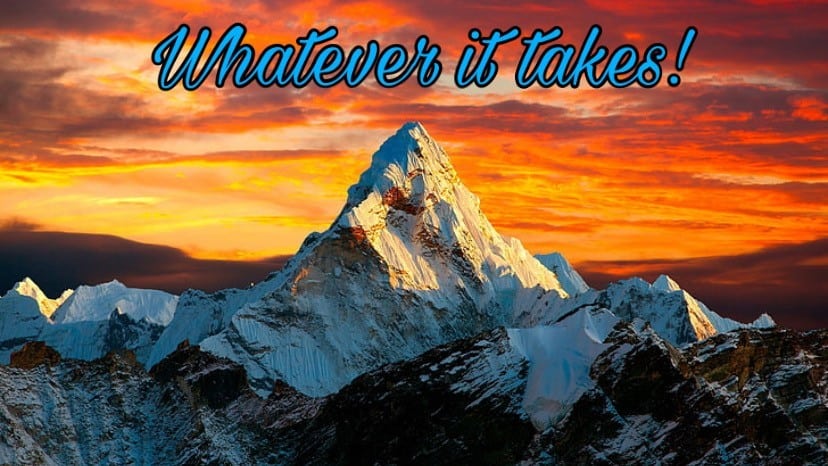 Our first core value “Whatever it takes” evolved totally organically over our first year in business. This mentality was forged through the tireless efforts of our team, in not only getting the business off the ground, but in weathering the barrage of attacks from our opposers, in an effort to slow our momentum, or derail any possibility of success for our team. This value is something that is deeply embedded in the DNA of each one of us, and is especially strong in our original team members. This has become something that has to be an absolute, in anyone that we may be looking to add to our Pest Pros family.

Unlike conventional business practices, to where corporate board members often sit in a conference room for a matter of hours to establish core values that are often, either completely fictional, or aspirational values. Something that they feel will look good etched into a large placard as you enter their office or board room. Our core values continue to evolve organically from within the carefully selected family that we chose to surround ourselves with.

That first year, we faced just about anything that could have been thrown at us. At the time, it was totally implausible in my mind the efforts that the competition would go through to stop a new business from succeeding, if they saw you as a threat. We won’t go in to much detail here, as we would like to focus on the positive meaning of this core value, although those initial trials helped strengthen the will and bring out the fight in this team.

“Whatever it takes” also means creating a balance between work and family life. This means taking care of ourselves so that we can take care of others around us. Developing this mentality has allowed us to perform at a high level in either arena.

Matter of fact, the recipient of our very first “Whatever it takes” award, which is awarded to the individual who most represented this value within our team, had shown much more work-life balance than many of his teammates over that first year (self-included).

These were incredibly trying times for Casey. Not only was Casey facing the very same challenges and objectives that the rest of the team had been up against, Casey was going through a difficult separation, a child custody battle, the mysterious hospitalization and later passing of his mother (who was the glue to his family).Through all of this, Casey managed to make time for his oldest son, Jack (who he has full custody of from a previous relationship) and his younger son, Cole (who he was fighting tooth and nail to spend time with due to the difficulties with the separation with Cole’s mother, earlier that year).

Casey made time to visit his mom regularly in the hospital as she fought an idiopathic disease, where her health was slowly declining daily and ultimately claimed the life of this beautiful woman after 6 months of hospitalization, leaving the family with no answers. Throughout the time that his mother was in the hospital, Casey also cared for his father who’s life was completely flipped upside down too, as he hadn’t cooked his own meals, shopped for groceries, or managed a check book in over 30 years.

Despite the immense mountain of challenges that life had piled atop him, Casey continued to work on himself daily, improving his technical skills, investing in relationships around him, further developing his leadership abilities, and so on. Casey continued to receive 5 star review, after 5 star review, all while juggling some of the most challenging obstacles that life can throw at you. While slowly losing the glue to his life, he was subtly becoming the glue to his family, our team, and our very first core value, “whatever it takes”.

The first 3 rounds I started out completely tortoise-like, falling further and further behind, from the moment the initial bell sounded. At some point in the workout, I found myself rowing rather intensely, but not very efficiently, with my eyes closed, thinking about what brought me to this gym, and why I ultimately made the choice to commit to such a grueling workout.

I thought about how I had let my health slip over the past few years prior to starting this company and how I would put work before family, in my previous role, with my previous employer. I thought about how I once considered myself an athlete and how quickly I’ve slipped away from that notion all together. I thought about how just a few weeks before joining this gym, I visited my now adult daughter in Seattle where she was in town for additional PT training, studying to be a physical fitness instructor for the military, and how proud I was of her for that. I thought about how I almost lost my youngest daughter to a CHD just two years prior when she was only 3 months old and how now as an older father I needed to be sure I was healthy in order to increase the possibility of longevity in my lifespan and increased mobility in my later years to enjoy my family. I thought about my team, and all the people that rely on me to operate at my highest level, in order to provide stability and security for their families. All of this was summed up in one sentence in my mind, “whatever it takes”. The moment those words were uttered in my mind, I instantly became a different person, powering through rows, powering through sets of burpees, no short cuts, no excuses. It was time to get healthy for my wife, my little girl, for my family, for my team, for everyone who relies on my 100{3d53b9f0474d49a8169e71b3b39edbc27b420632c04768f48bdd9af8cd65775e}.

This is the meaning that currently speaks to me right now. I look forward to growing and further defining this value as it continues to evolve within our team.