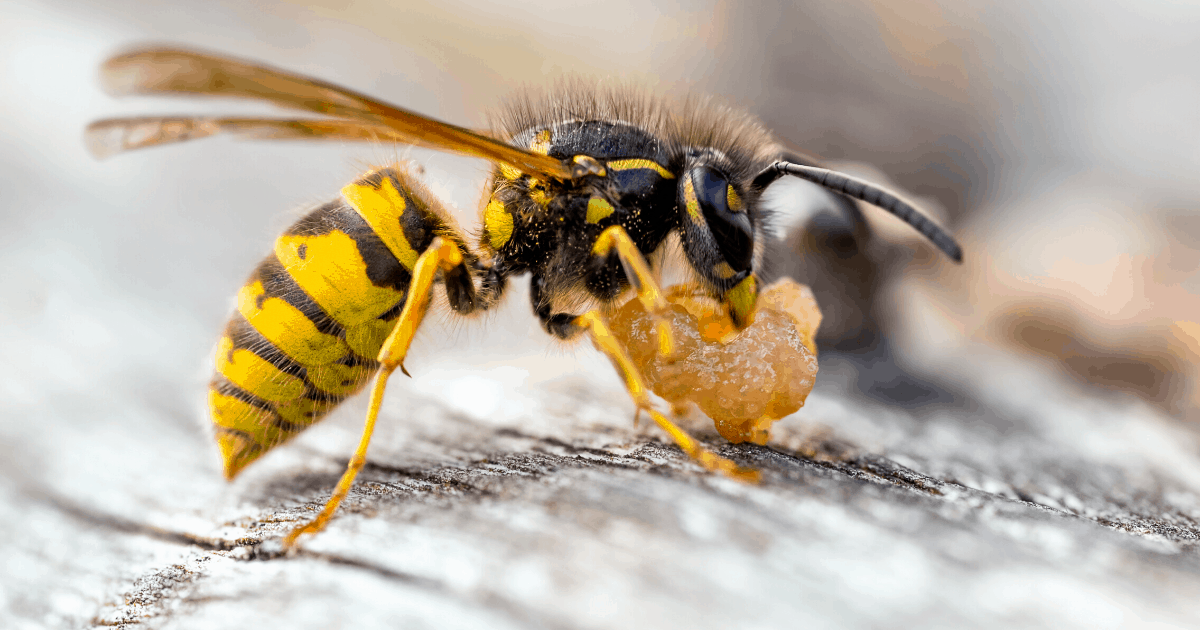 Yellowjackets are a nuisance. They are aggressive, and they possess an excruciating sting. Unfortunately for people trying to enjoy picnics and barbecues, they are mainly attracted to food, especially sweets. At the start of spring, they seek out meat for the necessary proteins to sustain their colony. They are scavengers, and they will often forage in garbage cans, pet food, sodas, juices, and fruits.

Yellowjackets are hard to identify because they look so similar to bees. However, yellowjackets have thin waists, as opposed to the thick bellies of bees. Yellowjackets typically nest in the ground or beneath a vegetated area. This article will aim to describe yellowjackets further, as well as describe how to eliminate them once and for all.

The yellowjacket wasp has an annual cycle. The queen mates at the end of summer and hides for the wintertime. Once the temperatures become warmer, she will establish a colony. During these months, she will stay inside her den laying numerous eggs. The colony can reach over 4,000 workers and drones. Some of the largest groups reach up to 15,000 insects by the end of the season. Therefore, the late spring or early summer is probably the best time of the year to remove a colony.

How to Get Rid of Yellowjackets

The most important thing when it comes to getting rid of them is to locate their nest. You find these nests in all sorts of locations, including the ground, the eaves of the house, walls, hollow logs, the bark of trees, fence lines, and other habitable spaces. They like to build their nests in cavities. The best time of the day to deal with this pest is at night, as they are winding down, and you will have fewer active wasps.

If you decide to engage, you should wear protective gear. Yellowjacket wasps are quite protective of their nest, and they will become aggressive when there’s an intruder near it. They also attack in a swarm and will continue to attack until they diminish the threat. So, if the colony becomes alerted to an attacker, they will retaliate, and there is nothing like an angry colony of wasps to ruin your day. If you stir their nest accidentally or try to kill them, you will probably end up receiving at least one yellowjacket sting. The best way to avoid getting stung and dispense of them is to call a pest control technician.

Also, keep in mind that while pesticides that kill wasps might work, the level of success depends on the potency of the pesticide. Higher-end products are only available to licensed pest control companies. A pest professional will treat the yellowjacket wasp nest with the appropriate chemicals and then remove the nest from your home entirely.

By trusting Pest Pros Pest Solutions, you can rest assured that we will eliminate the infestation permanently. Are you worried about yellowjackets on your property? Do not hesitate to give Sacramento’s best commercial pest solution a call at (916) 588-9345 for a consultation session and free inspection.